As some of you know my contract expired with one of my publishers a few months ago. After much thinking, debating, rewriting, and a new cover….It’s going to be re-released!!

It has taken me a while to decide to just put it out on my own. I hit the pre-order button tonight. Which means within the next 12 hours it will be available for all to pre-order!

I admit that I’m nervous. I love this story. It’s one of my more fascinating ones I think. It’s a tale of a young woman growing up not knowing what a major role she’ll play in saving humanity while struggling to deal with new feelings. It’s set in one of my dream locations, Athens, Greece.

I have a brand, spankin new cover. 10k words added….and I hope you all like it as much as I do! 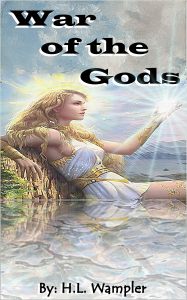 She was born a goddess but raised as a mortal.

20-year old Cara Grey is as far from normal and she doesn’t know it yet. Her life changes in ways she never dreamed when her migraines transport her to another time and place. She eventually realizes that nothing is ever what it seems and her life has been nothing but lies. Cara is informed that she’s the only hope for all humankind. Not even the great Greek Gods can stop the coming doom.

Leaving behind everything, she heads to Greece for what she thought was a family vacation. Meeting the gorgeous twins Adrian and Adronis was more than luck. It was planned. What wasn’t planned was Cara and Adrian falling in love.

Time is short. The world is crumbling around her. Cara must save humanity and her budding relationship, or lose everyone and everything she loves.

Get my autograph for your e-reader!!!